For many aspect of mathematics and algebra, it is useful to be able to discuss a subset of all the known numbers. Here are the most common sets.

The following diagram may help you organize and identify numbers into their proper sets. 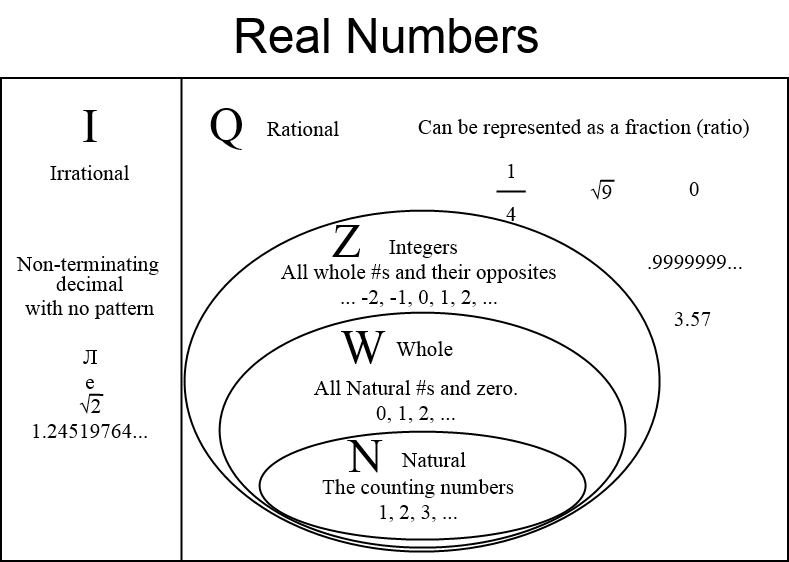 Choose the most specific number set for the given number or definition.

Press the Start Button To Begin

You have 0 correct and 0 incorrect.

This is 0 percent correct.

Lesson:
Date and Time: at

To email your results, launch the printer-friendly version, cancel the print dialog, and copy-paste the results into your favorite email editor.

Scores by Sets of 10 Questions: